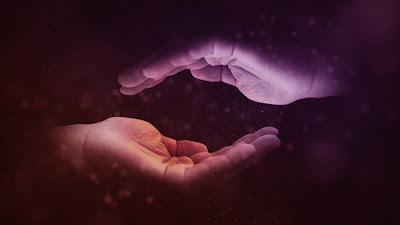 “Jia never shows emotion, not even in the wake of a terrible loss.” What does the previous sentence lead you to infer about Jia? As a psychologist, how would you judge what is reported to be Jia’s lack of emotion? The level of multicultural competence you achieve as a psychologist might likely influence how you assess this scenario. How might Jia’s cultural background as depicted in the Threaded Family media piece affect your assessment of her behavior? Your understanding of multicultural competence and why it is important has a profound impact on your client relationships.

With these thoughts in mind:

Multicultural Psychology
Prescribed readings for this week open up a number of avenues by which my understanding of multicultural competence has simply increased manifold. It is quite surprising yet pleasing to note that multicultural competence is both complex and essential for a psychotherapist working in today’s society that is becoming more and more complex by the day (Constantine, et al., 2008). Multicultural competence is not only just about getting trained in this area, but is also about being explicitly aware of one’s own culture before they can attempt to understand others’. Moreover, culture is a set of a number of subjective constructs that an individual makes meaning with and cannot be understood with a straight forward approach such as through different models for multicultural competence. In addition, since evidence-based research is still limited, it is important to follow the paths of a highly-fluid professional such as described by Comas-Díaz (2010) in which the therapist is ready to play multiple roles with higher level of empathy. Moreover, multicultural competence is an on-going process that needs to be critiqued from time to time by the therapist in consultation with their colleagues, seniors, clients, and other relevant people so that the their focus remains on track, and keeping culture in the center of therapy is essential (Pedersen, et al., 2008).
With this understanding in view, I would like to describe the multicultural population I will be focusing on. It would be Hispanic population and specifically I would focus on the family structure, religiousness, and gender-roles in the population. My observation and readings on this population reveals that there are quite a few cultural differences I need to carefully analyze in order to effectively treat members of this community. For instance, it is generally believed in their community that male should not look for assistance and prefer self-dependence; however, this can yield serious health related issues because even if a male needs medical/psychological assistance, they would avoid it. Moreover, in general, Hispanic family structure is such that members would not share inside matters to people outside the family. Thus, trust, esteem, self-respect, dynamic interaction, and empathy become important tools for my cultural competence.
This community also has culturally-constructed beliefs that need immediate focus for change. For instance, substance and alcohol consumption by their young is seen as something common and is considered a part of their permissiveness culture. This aspect not only has adverse effect on their youth’s upbringing but also comes into direct conflict with the law. In addition, this community relies heavily on religiousness and spirituality when it comes to social, psychological, or any other issues. Moreover, it is often noted that the clergy and other religious official do not make referrals to professional therapists. The culture also attaches less value to female gender and comes directly under influence of socioeconomic status. Thus, these and some other very grave issues have continued seriously unattended, and I would focus on these attitudes of this population.
I would like to state in view of Cohen (2009) that multicultural competence is about understanding the many basic psychological processes that may differ from one culture to another. These processes can be subjective and objective and might turn out to contrast sharply with a process from another culture. It is here that the difference needs to be understood without stereotyping or bias. It is most probably the central tenet of multicultural competence that a therapist, while confronting their own cultural biases, should start from (Gallardo et al., 2009). This is what I believe has broadened my worldview on multicultural competence from the readings of this week.